James Diossa has managed to drive growth in his community:

Diossa worked on improvements to infrastructure, got better sanitation equipment, hired more police officers and even opened a tutoring center for children whose parents are immigrants and don’t speak English fluently.

The young mayor also managed to keep the community engaged by bringing an auto show to Central Falls and a monthly Salsa Night in the summer, which has attracted plenty of locals as well as dancers from other parts of Rhode Island.

Delighted to see this announcement at SUNY- Albany (right down the road!).

Governor Andrew Cuomo recently announced the appointment of Dr. Havidán Rodríguez as the first Hispanic president of any SUNY four-year college in New York State history. Rodríguez’s appointment as the 20th president of the University at Albany follows the launch of the Governor’s SUNY Hispanic Leadership Institute, charged with developing and supporting the next generation of executive-level Latino leaders across the SUNY system.

The appointment of Dr. Rodriguez follows the creation of the SUNY Latino Leadership Institute back in March.

The SUNY Hispanic Leadership Institute will focus on developing, retaining and promoting Hispanic leaders at SUNY for the positions of university president, provost, chief financial officer, chief business officer, among others. The work of the SUNY Hispanic Leadership Institute will be guided by a distinguished Advisory Council, composed of 15 recognized state and national leaders of the Hispanic and higher education communities. It’s hard to imagine other Supreme Court justices being as open about their lives as Sonia Sotomayor.  In this interview via NPR, Justice Sotomayor discusses how her alcoholic father drank himself to death.  She mentions how a close cousin ended up committing suicide as a result of years of drugs.  Sotomayor discusses how she grew up poor, being raised by a single mother, and how through persistence and hard work, she ultimately became the first Latina to be appointed to the Supreme Court of the United States.

Frankly, this upbringing is commonplace amongst our community.  It’s unfortunate.  While many might use this as an excuse, she used her experiences as a motivation to rise above the circumstances of her life. 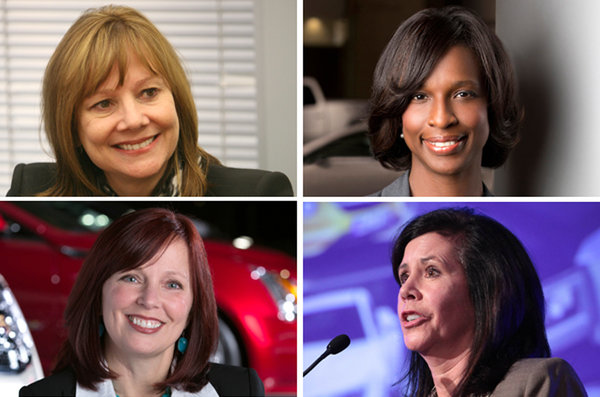 Andrés Tapia does a wonderful job of describing how the concept of diversity and inclusion must evolve beyond Diversity 1.0. Indeed, these terms have outlived their original intent and have become multidimensional.  Enjoy!