Interesting article via Accounting Today highlighting Facebook’s law firm requirement that 33% of staff must be comprised of women and ethnic minorities.

As this article suggests, most CPA firms could not meet this requirement.

AICPA reports in the most recent “Trends” report that only three percent of new hires were Black/African-American and eight percent were Hispanic/Latino. So, it would be easy to conclude that many CPA firms could not comply with Facebook’s new requirement for ethnic diversity.

The Washington State Department of Health embodies how one message can showcase your cultural unawareness and lack of a diverse workforce. Some studies suggest that the effort to diversify the C-suite and boardroom has reached an impasse. Others suggest we’re moving along nicely.  But how long will it take?  Five years? Just another 10 years? Longer?  Two years ago on this blog, I wrote about a quick business article search I conducted on the topic of diversity. At the time, I had gone back  44 years to read what business journals were writing regarding the benefits of a diverse workforce.

About the same time I shared this post about the status of people of color and women on corporate boards.   Despite their increased representation in the workforce, the number of Latino CEO’s and board of directors has remained the same or decreased since I wrote these two posts.

So it really does beg the question – do diversity initiatives work? Perhaps a better question is why do they fail? I don’t know.

Is it easier (and cheaper) for organizations to invest in window dressing initiatives rather invest the time and resources needed to diversify their leadership? Perhaps change their culture? I don’t have the answers.

One reason might be that many organizations are not as transparent as they should with their data. Another could be the perception that years of diversity talk is just talk – talk without the walk. Or could it be all the research that aims to diversify the workplace can’t even agree on whether mandatory or voluntary diversity strategies are best?

Who knows. I certainly don’t.

But I would also argue that no one else does. 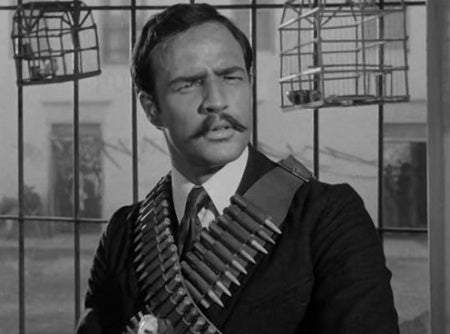 Why does Halloween bring out the stupid in people – especially smart people.

The President of the University of Louisville is a smart guy.

According to President James R. Ramsey’s official biography, he has served as “Senior Policy Advisor and State Budget Director for Kentucky and Senior Professor of economics and public policy at UofL. He has served as Vice Chancellor for Finance and Administration at both the University of North Carolina at Chapel Hill and Western Kentucky University.” Dr. Ramsey’s biographical venerations go on and on, including this objective:

Dr. Ramsey also has set the tone for encouraging diversity on campus. UofL has reached or made substantial progress on all eight of its goals set in the Kentucky Plan for Equal Opportunities.

So how does Dr. Ramsey – who remember is a very smart man and president of a major university – obtain such amazing progress in diversity?

Dr. Ramsey is in the colorful serape. Others in the picture are the President’s staff – who by the way thought this was a good idea too!

Kudos to all the University of Louisville students and the student newspaper who called Dr. Ramsey on his ignorant, thoughtless, and racist behavior.

Dr. Ramsey’s initial response was to give one of those “sorry but not sorry” apologies –

“I want to personally apologize for the recent incident and any pain that it may have caused our students, faculty, staff and the community.”

Not really an apology, right? Crisis Management 101. Ding! It seems the President hasn’t learned much since the college’s last embarrassing incident.

Lesson. For those who think bigoted barriers don’t exist for people of color and women, take a look at a prime example right here.

A question asked by Zach Stafford based on his experiences with those who say they forget “he’s black” — and somehow mean it as a compliment. He takes them to task:

When I point out that their eyesight had never left them, that my skin has never changed colors, and that they probably did not really forget that I am black, they inevitably get defensive. First, they try to argue that it was a compliment; the smart ones quickly realize that complimenting someone on not being black is actually pretty racist, so they switch gears.

I don’t see race! is usually their next tactic, followed by I am colorblind, though they never give credit to Stephen Colbert. By “colorblind” they don’t actually mean that they can’t see green or red; rather, they are suggesting that they can’t ever be racist, because they don’t register skin color at all.

This ideology is very popular – like a racial utopic version of the Golden Rule – but it’s actually quite racist. “Colorblindness” doesn’t acknowledge the very real ways in which racism has existed and continues to exist, both in individuals and systemically. By professing not to see race, you’re just ignoring racism, not solving it.

Latinos, women, and other people of color still earn less than white men, even with similar education levels.

Two different but sometimes intersecting viewpoints about diversity and strategy.

Jonathan Jackson argues that the lack of diversity in organizations is systemic and considers race, gender, and culture a vital factor:

People talk at me when it comes to diversity, not to me, and certainly not for me. People want to solve diversity like it’s a business problem. It’s not. Diversity (read:  the need for Black and Latino creativity, excellence, and ingenuity to be fundamentally embedded into the DNA of billion dollar companies and enterprises) has business implications, and there is a case for how it can improve outcomes, revenue, idea generation, and a host of other metrics. But at its core, the issue of diversity  is a structural one. Systemic inequity has a legacy that is long, varied, and intertwined with a multitude of other issues that ‘Murica is wrestling with. It’s an autopsy in its purest form, and everyone is in the viewing room, peering down through their own vantage point, looking to make sense of the broken bones and exposed organs.

BJ Gallagher counters that race and gender are important but shouldn’t be the only focus: END_OF_DOCUMENT_TOKEN_TO_BE_REPLACED

Expanding diversity in organizations often focuses on increasing the “pipeline” – the flow of diversity talent coming into the organization. However, I agree with Sarah McBride and Noel Randewich who assert an organization has a lot of enough diverse talent within its own corporate walls – the authors draw upon Intel’s recent announcement of investing $300 million to diversify the company’s workforce noting the money should be focused somewhere else:

Diversity advocates say seizing on the supply issue can obscure other causes.

“They are blaming the pipeline for their own faults,” said Vivek Wadhwa, author of “Innovating Women,” noting that many technology companies no longer consider degrees of any sort, including computer science (CS), a requirement for employment.

He and others say technology companies should look inward, working on making themselves attractive to qualified women and minority candidates who avoid or abandon technology careers.

Lori Nishiura Mackenzie, executive director of Stanford University’s Clayman Institute for Gender Research, said Intel should spend the bulk of its cash on what she called “the frozen middle” just below the top executives.

So implies Shikha Dalmia who also contends the immigration assimilation argument is often a myth, especially when it relates to Latinos:

But such snapshot comparisons between the attitudes of naturalized and native-born citizens tell us nothing about the assimilability of modern immigrants compared to past immigrants — a good third of whom returned home because they didn’t like America. What’s more, assimilation is a multi-generational process that by all available metrics seems to be proceeding just fine. For example, restrictionists consider Latinos the most resistant to assimilation because of their tenacious fondness for Spanish and their relative proximity to their homeland. Still, 91 percent of the children and 97 percent of the grandchildren of Mexican immigrants to America speak English as their dominant language.

Victoria Stilwell expects this “majority minority” to have significant economic impact in the coming years. END_OF_DOCUMENT_TOKEN_TO_BE_REPLACED